Ready to set up and use Zoom, but aren't sure where to start? Begin with our onboarding support experience for everything you need to get started.

Get Started
Community
Turn on suggestions
Auto-suggest helps you quickly narrow down your search results by suggesting possible matches as you type.
Showing results for
Search instead for
Did you mean:
Options

Android - 'None' option for Virtual Background always defaults to an image

Upon further testing, if I chose a new image, this image now becomes the default 'None' image and I can't change the image until I select another image which if I didn't have another appropriate image to choose, would be extremely embarrassing for myself and others that join a Zoom call . This is a ripe opening for anyone with access to my or other Zoom users' mobile Android devices to change this setting without the user's knowledge and with no method to set a 'None' (no image) option.

Please investigate/fix this as soon as possible as I will not use the Video option in my Zoom Android client until this is fixed.

Hi @JB76, as to what you're experiencing this isn't really the functionality of Zoom when switching virtual backgrounds as None should display no background, and uploading an image to your VB on your Device will switch if tapped on.

This is where Virtual backgrounds on Android are located by tapping on the . . . more --> Virtual Background --> and you'll see something like this. 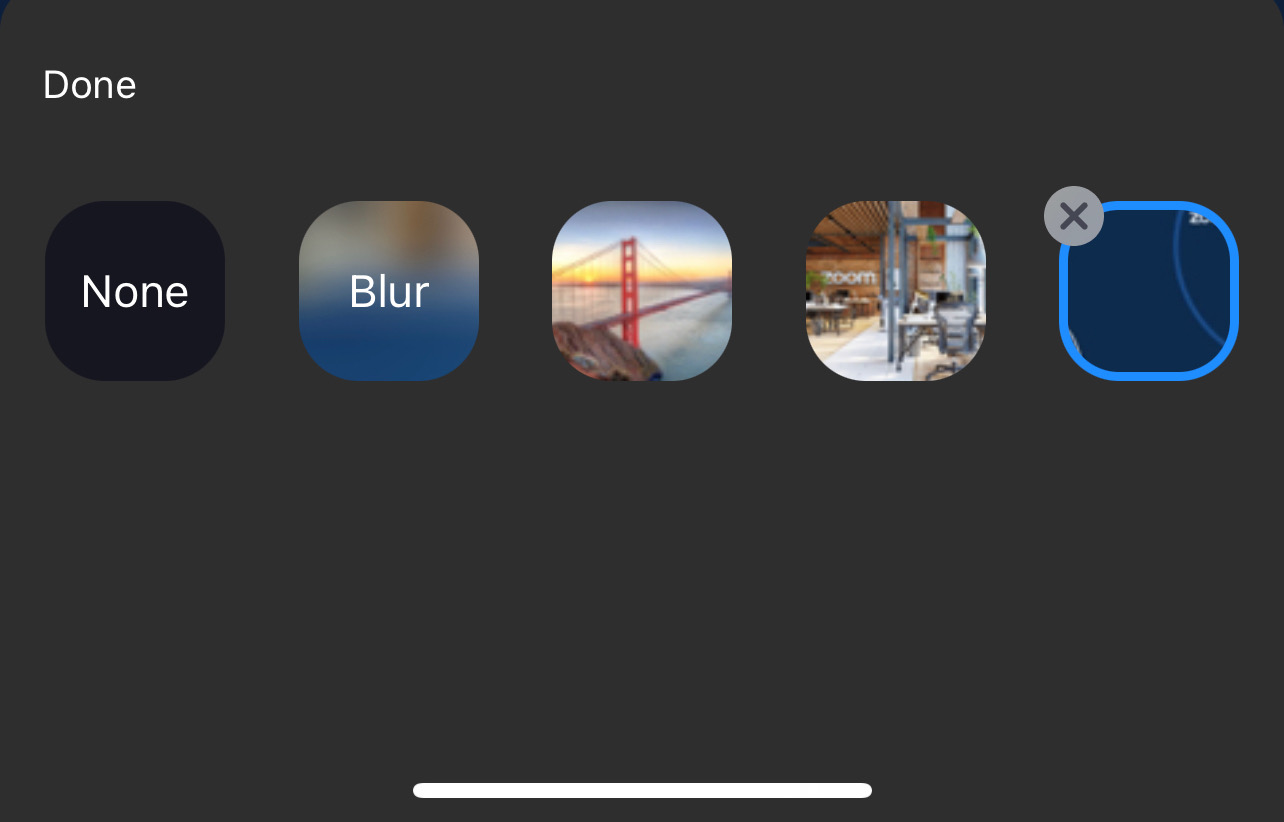 Hello - I tried this setting and 'None' still had the inappropriate image. Is this virtual background being overwritten by an external setting in Android? I noticed the Sense UI on my Samsung phone has a Video call effects setting with the Zoom app. listed as available to use with this setting?

Hey @JB76, I see that Sense UI modifies many aspects of the Android user experience which may be taking effect on your Zoom experience. Would suggest removing the UI and retesting what you're experiencing on the original OS of Android 9 (Pie) I believe (going to have to remind me the latest version of Android) 🙂

Thank you - I cannot downgrade my phone OS to Android 9 to downgrade Sense UI. May be good to have a warning to Samsung users in the Play store that Sense UI will interfere with Zoom?

Hey @JB76 because we only support Android and not the APK Sense UI as it modifies the original state and functionality, which may be what you're experiencing. You can look into our System requirements for Android.